It took us two years to be able to listen to Shota’s songs again, then compile, edit and release this CD. This unfinished album is one of our most difficult projects, emotionally speaking, but we knew we had to do it – for him, for us, for the fans.

So here is Melting, the last gift from Shota Yokoyama, beloved husband, son, friend, artist and so talented producer. We’ll never be able to thank you enough for all that you gave to us. 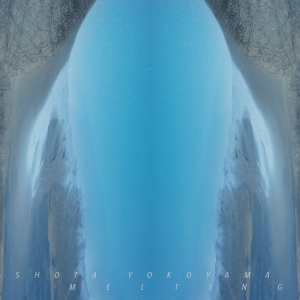 Some notes about Melting…

The four main tracks of this CD were never planned to be released together. “Melting”, “Trick” and “Oxeye Daisy” were part of an instrumental project. “Down the Rules” was planned to be the first promotional single of Shota’s forthcoming pop solo album, which was to be released in March 2016 and followed by a short tour later that year.

As an artist, Shota Yokoyama had a dream: being a producer for the cinema, composing music for documentaries, and someday walking down the red carpet to be rewarded for his activities in the movie industry. It was no secret that he was going to leave the stage as a performer within a few years, at the end of ADAMS, to focus on his ultimate dream as a producer. His instrumental project was going to be a first step in this direction.

Tragically, Shota left us after the rupture of a brain aneurysm on November 30, 2015, leaving all of us destroyed and his music project unfinished. These four tracks are the only ones that were actually mixed and validated by Shota himself. Other songs were “on the way”, but out of respect for his work, his memory and his sense of perfection, they will not be revealed.

The last track of this album is not mixed; it is a raw recording of Shota’s final guitar solo, captured less than 24 hours before he collapsed onstage in Warsaw, Poland.

A series of promotional videos were also planned, but could not be completed. Here are some production notes about these videos:

All of these projects could not become reality, but today HIGHFeeL is standing up with all the fans, and with Shota’s friends and family, to release this final CD.  We want to thank everyone again for the support during these very difficult two years.

Day by day, we continue supporting each other, and we try to keep the company working without Shota’s creative mind. He proved with ADAMS how visionary he was. Now let’s try, in our small way, to keep this vision alive.

Shota, you are timeless, and so is our love.

“Melting” was made by:

Thank you everyone for the realization of this project.

Thank you. For HIGHFeeL, for Shota, for me.